Saskatoon: The Paris of the Prairie

We left Russell, MB about 8:00 am and headed west towards the Saskatchewan border.

An awkward display of Saskatchewan naturalness welcomes the visitor.

After about an hour, we pulled in to the Visitor Info Kiosk in Langenburg. We described our route and asked what there was to see in the province. The three choices were the fort in North Battleford, a birdwatching exhibit in Wynyard and something called the Western Development Museum in Saskatoon which features a replica 1910 Boomtown and some old farm implements. OK. Looks like Sunday’s visit to the West Edmonton Mall is going to be the weekend highlight. 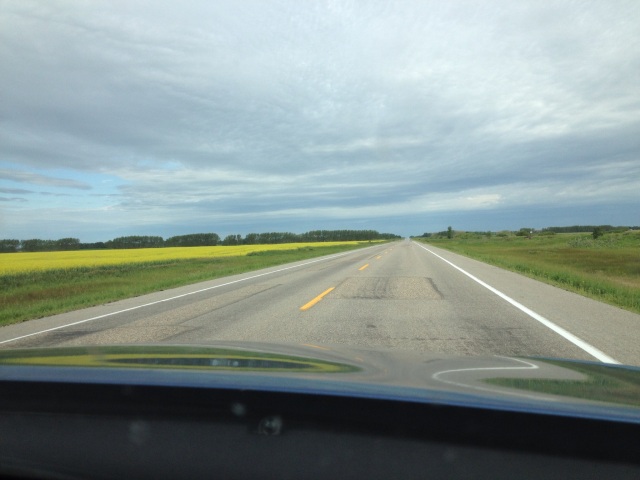 It is difficult to exaggerate the vast flatness of Saskatchewan. 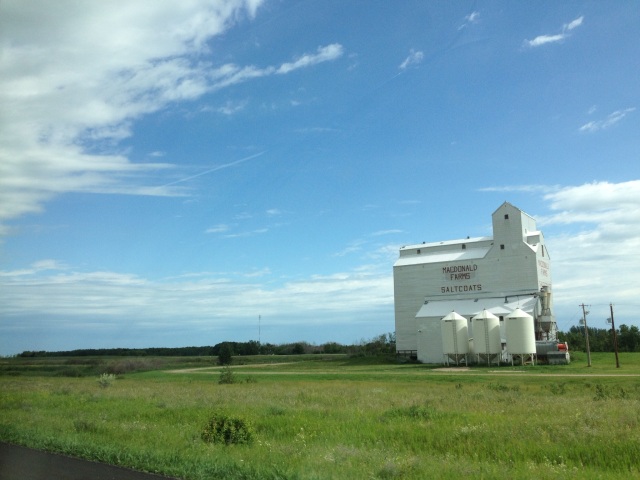 Every 5 miles or so, there would be a grain elevator.

Then the sky became black and ominous and it began to rain, lightly at first. Then heavier and heavier until we were driving through a deluge at 70 mph on a deserted two lane blacktop highway.

We drove through the rain until we finally stopped for a Chinese food lunch about 12:30 at a mall in Saskatoon. We wanted a break from the rain for a while so we asked at the mall for directions to the Western Development Museum.

We drove over just as the sun broke through to find a muddy, but very crowded parking lot.

We paid the $11 Senior admission and went in. 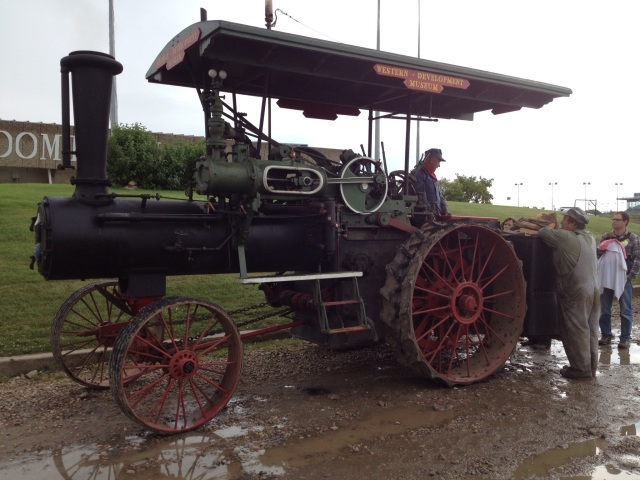 We were met by an enormous snarling steam powered tractor and this quickly became one of the very best museums Joe or I have ever attended. 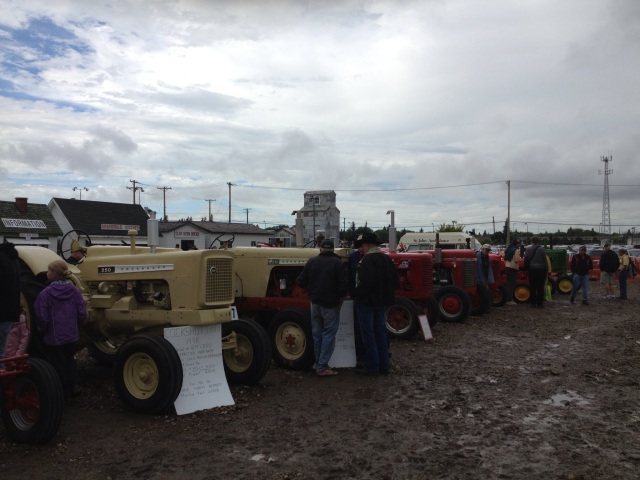 There were lots of tractors, most operating. 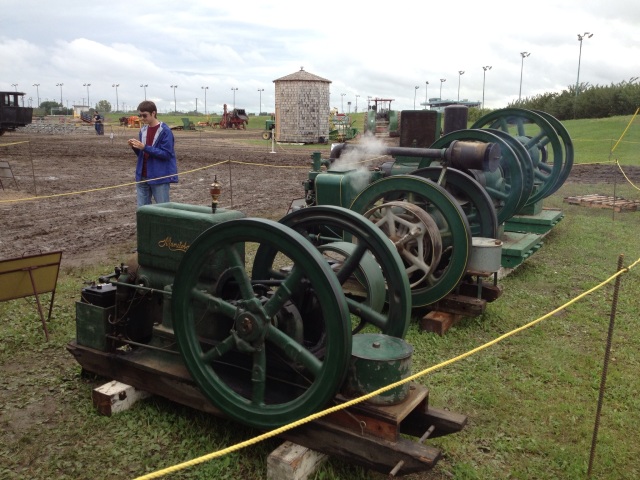 The noise of the ancient steam tractors mixed with the thrumming of early century single cylinder stationary gasoline engines. It was a fantasy of noisy, smelly toys. If you like this stuff, and I love it, it was a lot like heaven is supposed to be. 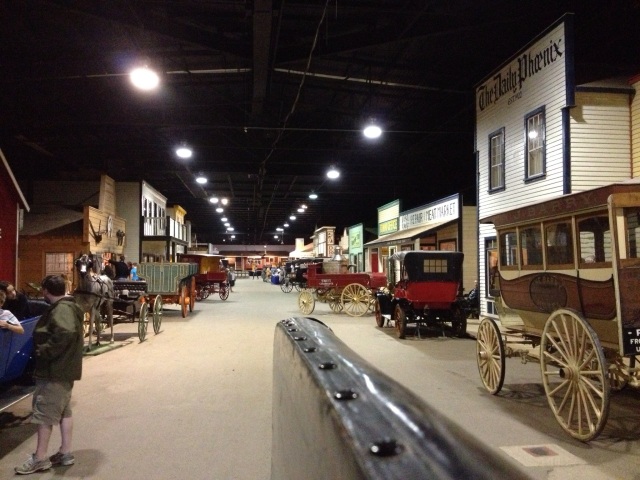 Inside the enormous museum building, it was set up as a sort of Main Street USA, or Canada, actually. This is the 1910 Boomtown exhibit of the early days of Saskatoon. The detail was mindblowing. 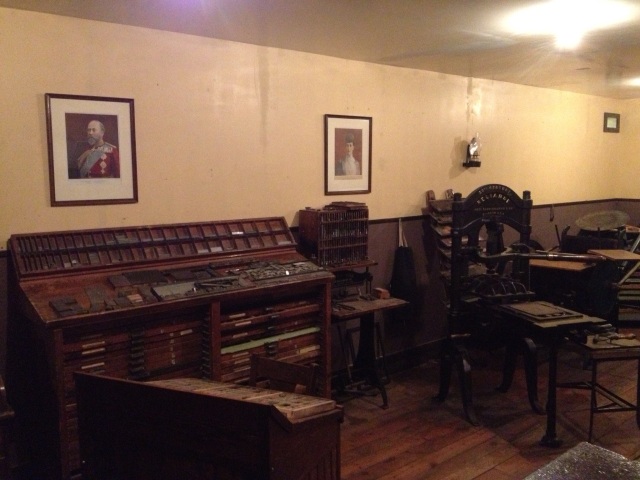 The newspaper office, with His Majesty’s official portrait on the wall.

The clock store with creepy apparition. 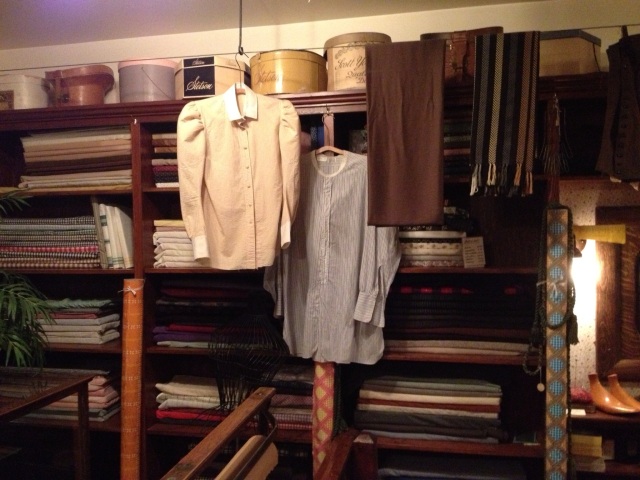 The dry goods store. Note how fully furnished with original materials each storefront is.

The feed and grain store. 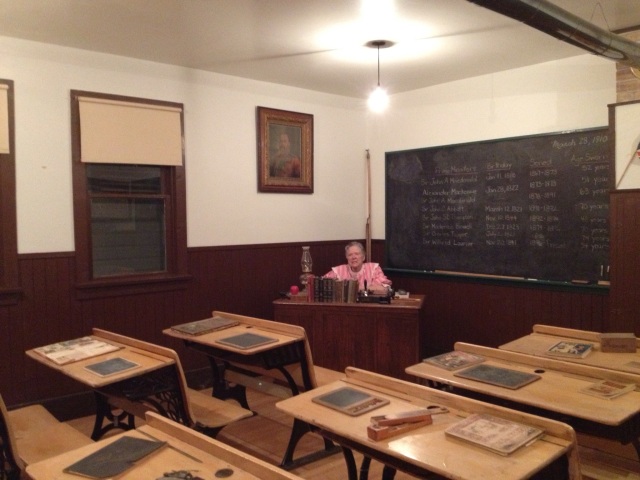 The schoolhouse with a lovely volunteer “schoolmarm”. All the volunteers in period outfits were friendly and knowledgeable.

And the RCMP in the police station. 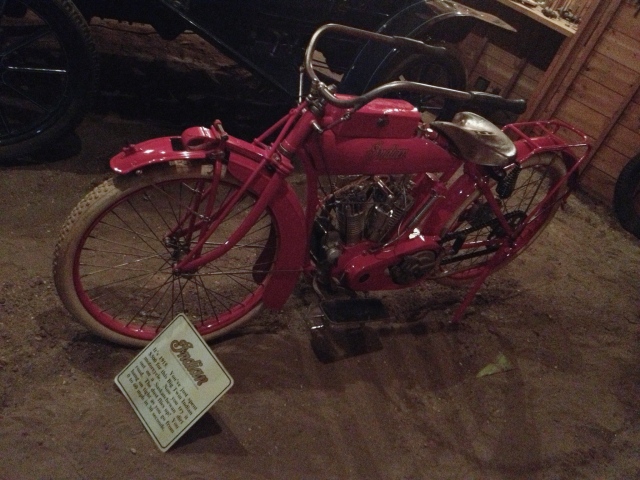 There were lots of cars from the early and mid 20th century.

Most, like this beautifully ugly 1960 Plymouth Fury, were fully restored.

There was a train station. 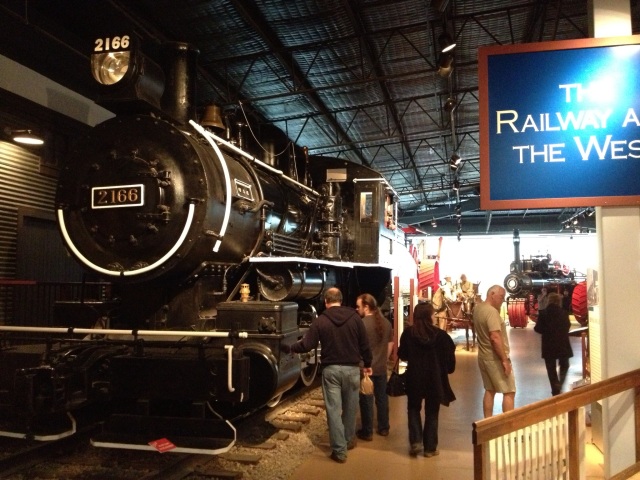 And, of course, a train. 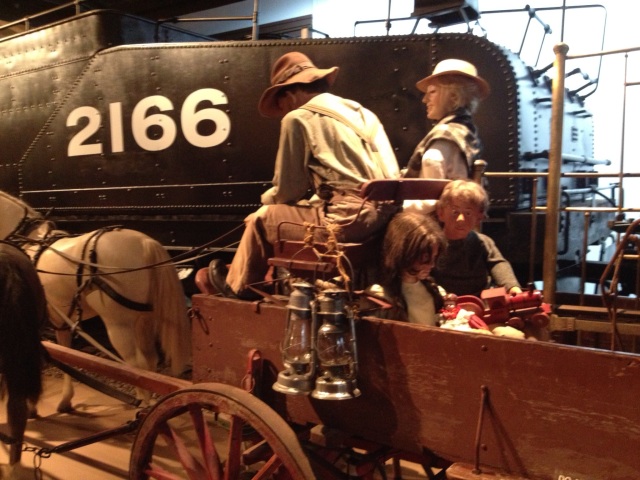 And some animatronic settlers chatting away as they claimed their free 160 acres.

There were about 30 storefronts,

40 tractors, 2 locomotives and countless other details, all meticulously preserved in every detail.

Like I said, this was the best museum ever. Big, noisy, full of things you can touch and climb on and lots of friendly volunteers to explain everything.

Earlier, while having lunch and sitting out the rain, I was mentally composing this post. It was going to say something like “Saskatchewan is just the vast, empty space between Winnipeg and Edmonton.”

Well, now I don’t feel that’s true, or at least, not completely.

Joe and I agree that the Saskatoon Museum is by far the best thing we have seen or done in Canada. We only left because they closed the doors at five.

Oh, and they also have about six enormous, kick-ass model railroad layouts.

Returning to the real world, we drove for a couple of hours, grabbed some chicken sandwiches at the BK and checked into the charming Maidstone Motel.