Greetings from the fabulous fleabag Bighorn Motel in Dead Man’s Flats, Alberta, near the entrance to the Banff National Park. We checked in about 8 pm after a really long day. 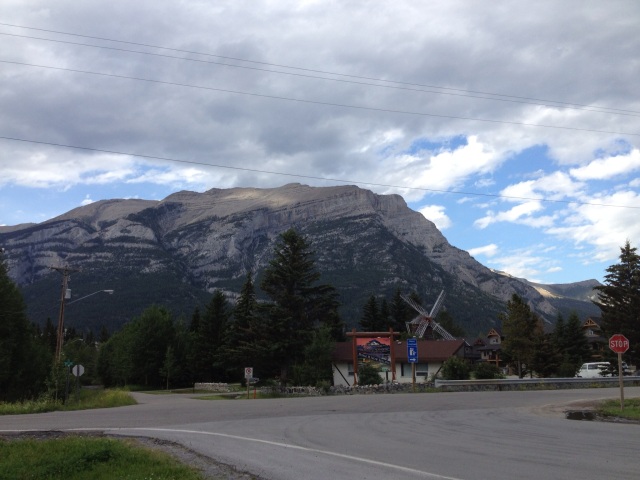 View from behind motel. Note disorienting lack of flatness.

This exhausting day started out almost 600 miles ago in Maidstone, SK. We drove to the Alberta border in about an hour and then Joe drove on to Edmonton. 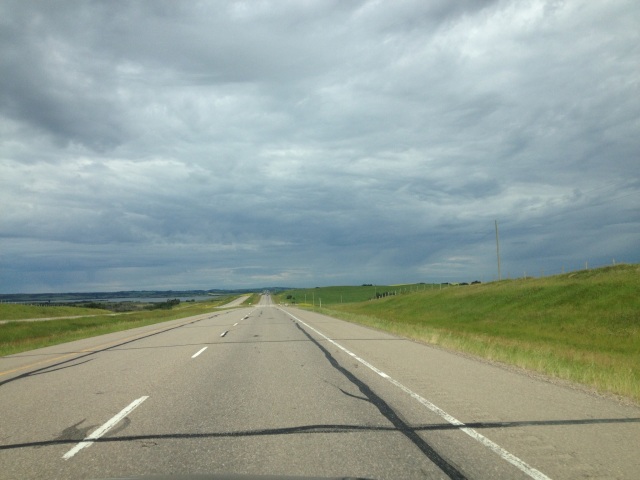 Of course, since Joe was at the wheel, it immediately clouded up and began to rain.

We arrived in Edmonton and quickly found the West Edmonton Mall, once the world’s biggest, now probably still North America’s. Above is the Santa Maria, the full size galleon that is part of the Deep Sea Adventure attraction. 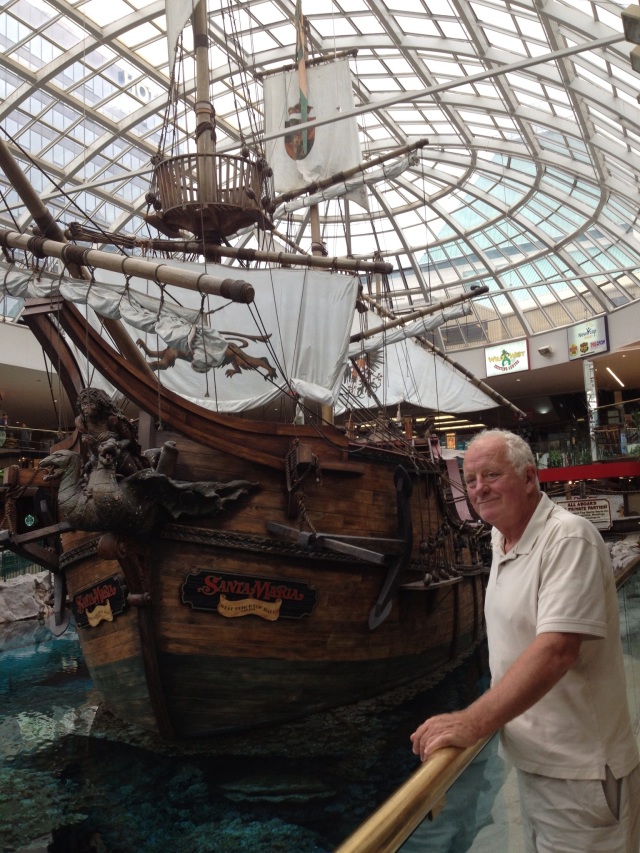 It’s even bigger than Joe. 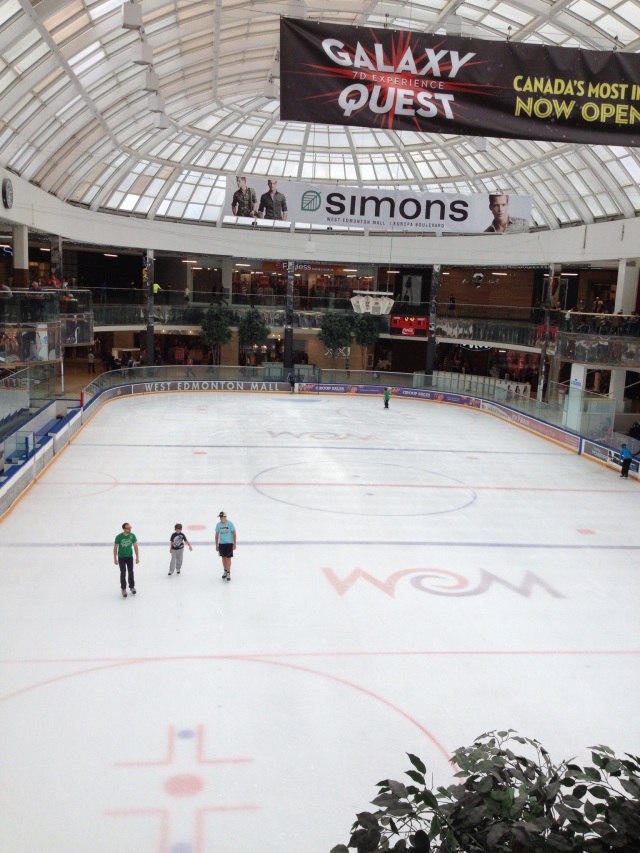 Of course, there is a full size hockey rink. This is Canada, after all. The Oilers often practice here in front of their fans during the season. 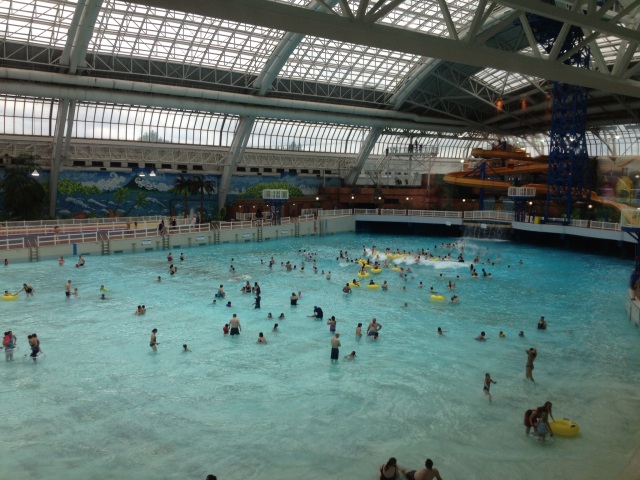 My favorite is the enormous World Waterpark and wave pool.

There is, of course, an elaborate system of water slides. If you look closely at the extreme right about halfway up, that seated figure is riding Canada’s longest zipline the entire length of the pool. 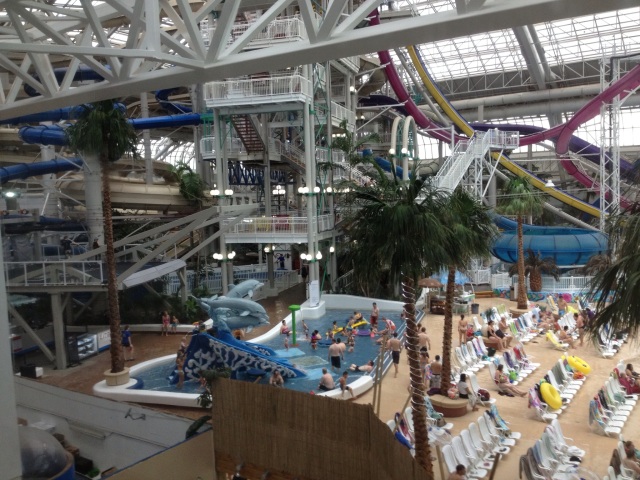 Another shot of the pool area. 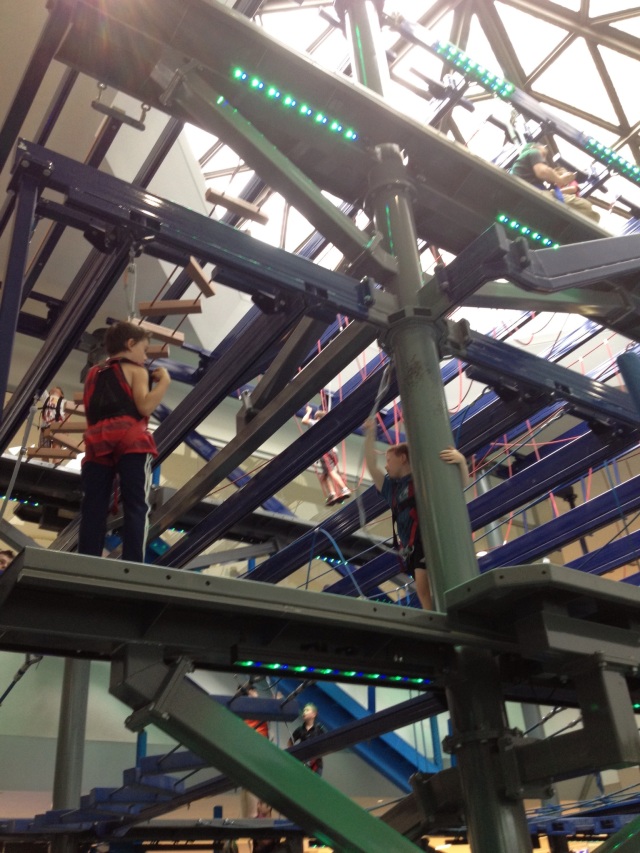 And they were raffling off a Ferrari.

Why so over the top?

What else is there to do in this city of 700,000 in the dead of winter when the weather often hits 40 below? For the same reason, the only North American competition are malls in Calgary and Minneapolis.

We lunched at the food court (yum!) and returned to the car to head south towards Calgary. Since it was my turn to drive, the sun, of course, was now shining. I cannot overstate how this ticks Joe off. Or how much I enjoy that.

Our original plan was to stop at Airdrie, a couple of towns north of the city, in one of the many cheap motels. Then we could do Calgary on Monday morning and immediately head northwest to Banff and the Rockies.

But a snag. It was the evening of the very last day of the Calgary Stampede and every room for miles was at premium rates to gouge any stragglers for one last night. The cheapest acceptable motel in Airdrie was $240 per night! And our standards are not that high.

We were forced to blow off Calgary and continue driving south and then west for a few more hours toward Banff. We quickly found that there were very few towns on this route through the Rocky Mountains and I finally had to pull off the road to check out Trip Advisor on my iPhone to see what accommodations were available.

Result? About 28 B&Bs, 8 luxury resorts and the Bighorn Motel, which more or less shares a rural rest area with a gas station and an Indian-Canadian (?) restaurant.

We dined there tonight, where we were told that about half the menu was unavailable as they were still transitioning from their winter menu. (In mid-July?) Anyway, we ate dinner.

So here we are in Dead Man’s Flats, 3,125 miles into our adventure with one third left to go. But our spirits are still high and now we are pointed in a direct line toward Anchorage and surrounded by mountains, some even with snow caps.