Tuesday at the Danube Bend

The Danube Bend is north of Budapest. The “bend” refers to the almost circular route that the river takes winding through the mountains. We might call it an ox-bow. Highlights of the trip will be the towns of Esztergom (the Hungarian Rome), Visegrad and it’s ancient castle and, finally, Szentendre, an artist’s mecca.

We all piled in to the hotel bus and we were off on a drizzly, overcast day.

The Basilica at Esztergom, so warm and welcoming.

An impressive organ, so to speak.

The largest oil painting on canvas in the world, we are told. 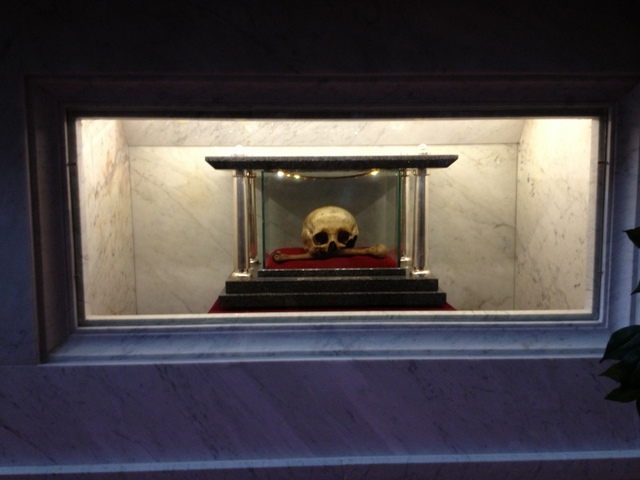 Someone who was caught smoking in the Basilica.
One of three unexplained skulls displayed for adoration. You don’t mess with these people.
Betty and I then lost track of the group as we wandered about the cavernous church and, after about 20 panicked minutes, we found them returning to the bus. We evidently missed the cafe and gift shop.

The former royal capital of Hungary, Visegrád is now famous for the remains of the Early Renaissance summer palace of King Matthias Corvinus. It was destroyed by the Turks in 1544 during their general “marching about slaughtering Christians and breaking stuff” tour. The remains are pretty cool, though, and have been partially reconstructed and opened as a museum. 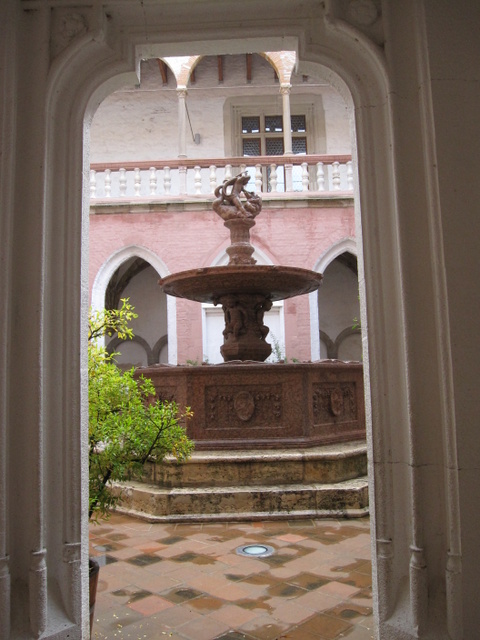 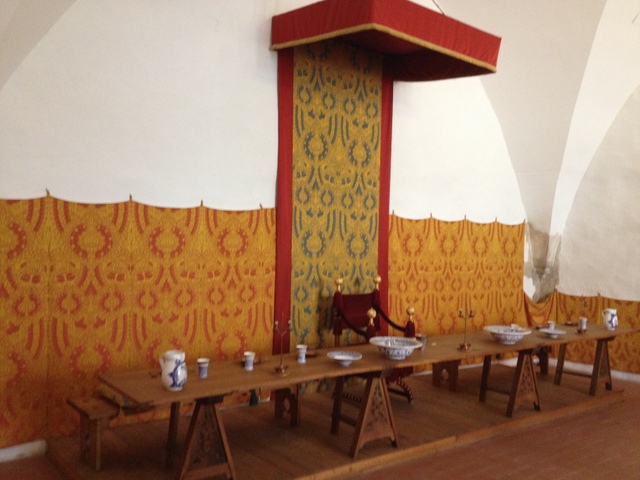 At a local restaurant.

More strolling musicians. (They were awful, though)

But we had a lot of fun. That’s a catfish head Betty is holding.

Then on to Szentendre, the artist colony that Betty was really looking forward to seeing. Unfortunately, the rain got a bit heavy as we walked around the town, prompting the artists to grab their easels and head home. So we toured the town a bit and lamented that we didn’t have a chance to enjoy it in the sun shine. 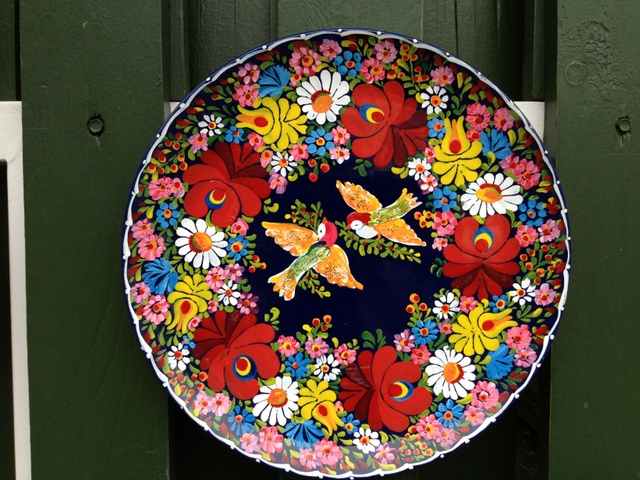 They are famous for their china.

Hanging out over the street.

Saint Somebody doing something or other involving cherubs or angels or whatever. Beautifully presented, though.

And then the 2 hour ride back to the Hotel Petnehazy, finishing our final pre-paid tour. I look forward to tomorrow (Wednesday) when we will be on our own on the Budapest transit system.

This entry was posted in Travel and tagged Budapest, Danube, Food. Bookmark the permalink.

1 Response to Tuesday at the Danube Bend