We awoke Monday morning, bitched about the spotty wifi and headed off to the CN tower. Rich and I have been here before but Andrew hasn’t and it is always a good take. The fact that there is currently a monsoon in the city means that the tourist count, and the line, will be small.

The view was spectacular, as long as you pretty much looked straight down. This is the Rogers Center ballpark where we will see Jays vs Yankees this evening. As you know the Yankees suck. I would hate to see them win.

Rain and fog brought visibility down to a mile or so, but as hoped, the lines were short. Evidently the crappiest days to visit scenic overlooks are the best days crowd-wise. I know, I’m rationalizing, but here we are and there is the tower, so…you know. 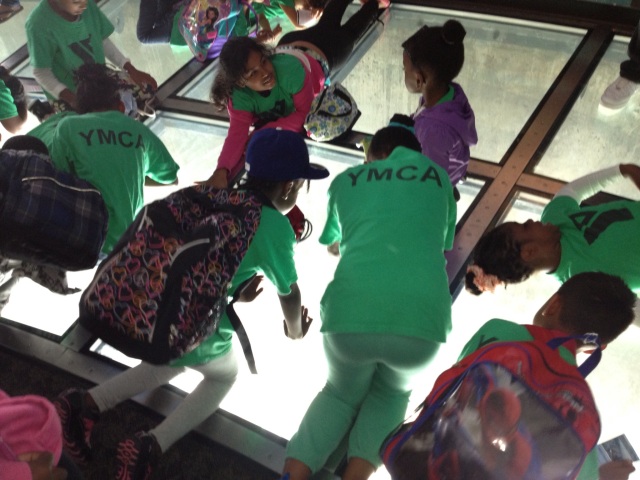 It was fun to walk on the glass floor if you could find a space. 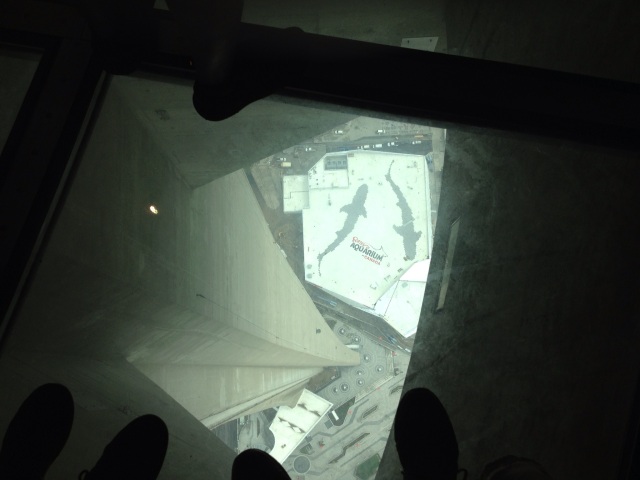 I like watching the little kids hesitantly crawl onto the glass, and then jump up and down when they realized the floor was not going to shatter under them. This shot shows the Ripley’s Aquarium about 700′ below. 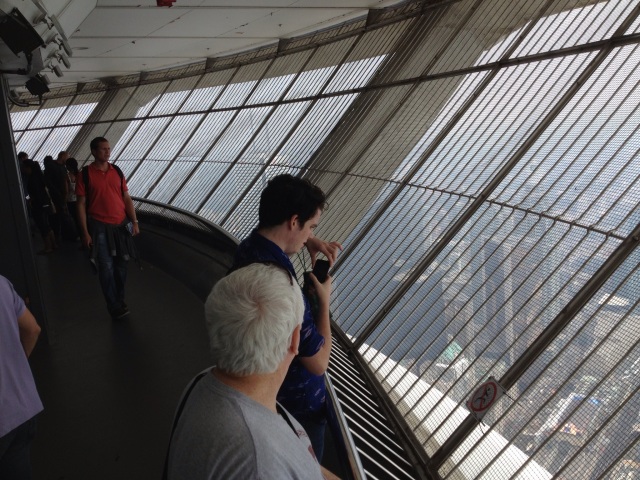 We then road up to the topmost level where we couldn’t really see even farther into the distance. I would like to roll some BBs through the screen and see how long it would take to reach the ground. They discourage this sort of scientific inquiry. Something about insurance.

I am fortunate to have such good friends to travel with.

As we left the tower, the rain intensified and it began to thunder.

We had no choice but to stop at the closest available shelter. As luck would have it, they were doing brewery tours. After using their wifi, we were sort of obliged to take the tour and the beer samples. 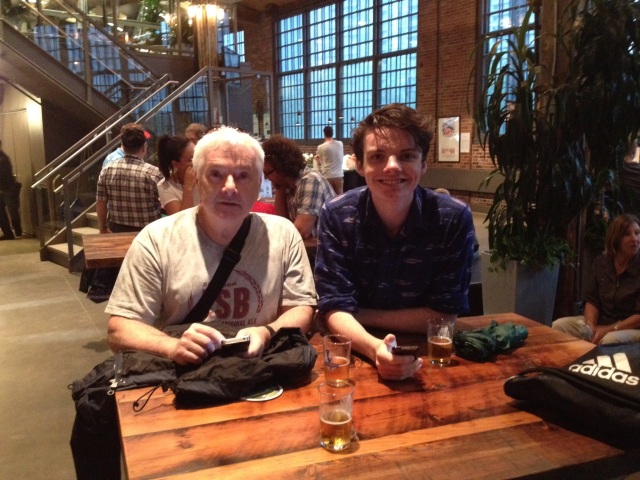 The beer was good. Guess who was drinking on an empty stomach. 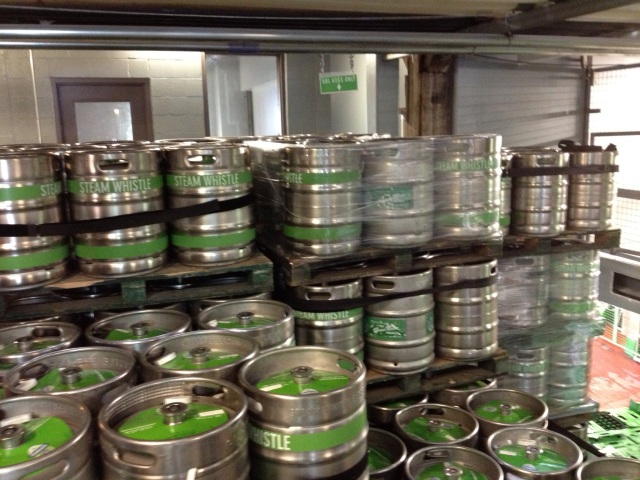 …and lots of cool beer machines. 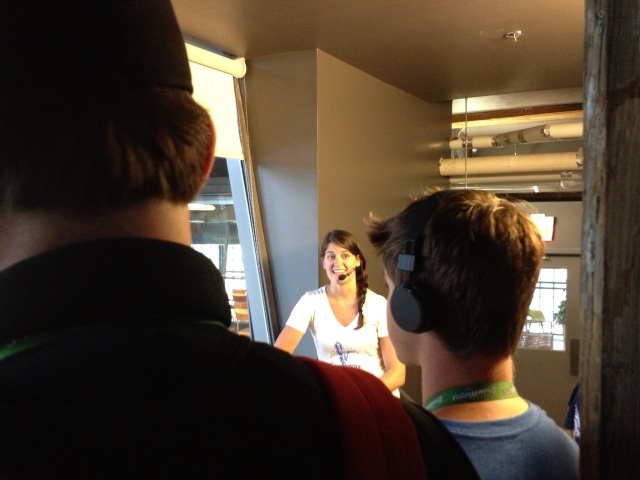 The tour was interesting and the nice Ottawa girl who was our guide gave us more beer.

The rain practically stopped by the time we exited the tour so we went to the railroad roundhouse just outside and saw the trains.

After an afternoon nap, we headed to Rogers Field to see the ballgame.

The rain had abated, so the stadium dome was open for the game. Attendance was about 33% for an August game with the Yankees, so that tells you what you need to know about both teams’ seasons so far. 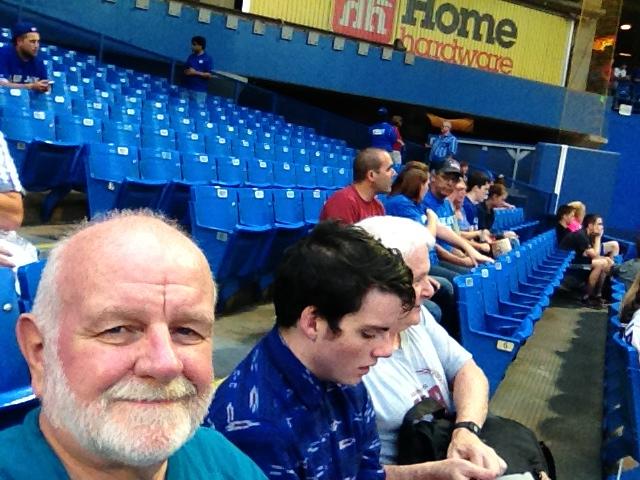 We had great seats on the right field foul line about six rows up.

The game was great. The Jays took an early lead, the Yanks tied it, the Jays then pulled ahead and won 7-2. We got to watch the right fielders up close and booed lustily whenever A-rod the dick-wad came to the plate. Or touched the ball. Or was mentioned on the PA. What could be more fun than a division game between two Sox rivals rendered meaningless by their crappy records. Oh, and did I mention that the Yankees lost?

We headed for the hotel after our second great day.