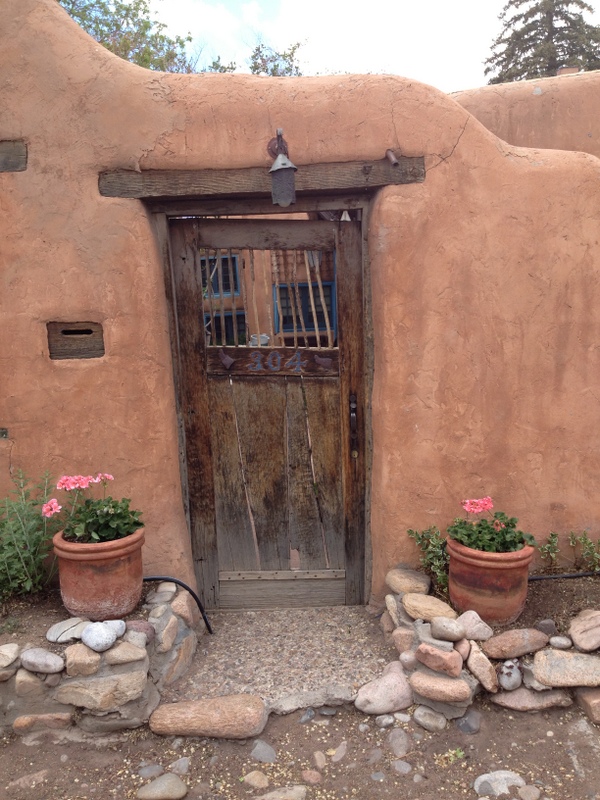 Awoke before dawn Saturday and raced 80 miles through the moonlit Sangre de Cristo Mountains from our hotel in Taos to the Sants Fe Municipal Airport. I was nervous about driving that far, (about a third over twisting two lane mountain roads) dropping the rental car and making the 7:00 AM flight but the road was clear, the moon was bright and the tiny airport’s three TSA personnel had us inside the single 500 sq. foot waiting room by 6:15. Brilliant.