Taos – Day 3 – The Enchanted Circle and the Vietnam Memorial

After leaving Taos Pueblo we headed north to cruise the Enchanted Circle, a highly touted 85 mile route through the surrounding Sangre Christo mountains. It generally lived up to its billing and was well worth the time. But the pine forests, the winding two lane roads, the hair-pin turns and the Carson National Forest signage reminded me of nothing so much as driving the Kangamagus Highway in NH. Change the scattered adobe lodges to log cabins and you would have thought you were heading to North Conway. All in all, a beautiful drive with the kind of 100 mile vistas that just can’t be captured by an iPhone camera.

I did notice one difference, one of the passes was topped by an “Elevation: 8800 Ft.” sign and all the surrounding mountains were still pine topped. I believe the tree line in NH is around 4200 Ft. I wonder what causes the difference.

An unexpected find was the Vietnam Memorial, perched high on a mountain top in Angel Fire, NM. It was built by Dr. Victor Westphall in 1971 in memory of his son David, a Lieutenant who was killed in Vietnam in 1968. We first noticed that the sides of the highway were lined with hundreds of American flags for about two miles before we reached the entrance to the memorial. 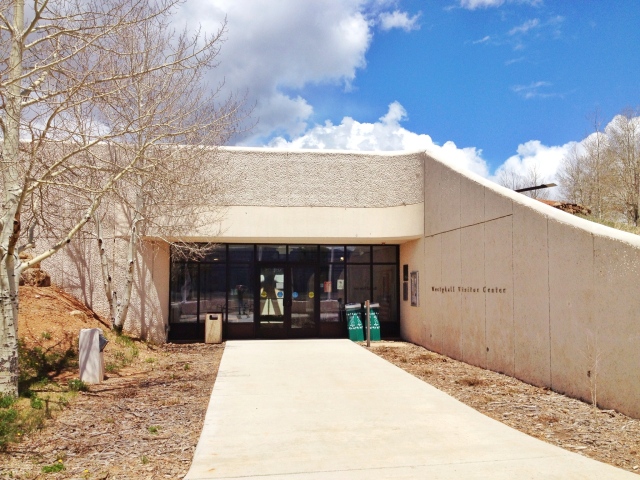 Dr. Westphall had previously acquired the land to build a ski resort but sold most of it to finance this beautiful tribute, in his son’s name, to all those men and women who died in the Vietnam War.

The center contains a theater showing a heart-wrenching 30 minute compilation of news clips and narrated war film, covering from about 1962 to the return of the POWs. Sitting in the dark, listening to Walter Cronkite and David Brinkley deliver their reports from the war zone, The grainy black and white footage powerfully evoked the passions and emotions of the era. A nurse’s description of treating the brutally wounded young men, often only 19 or 20 years old was particularly hard to hear. Appropriately, boxes of tissues were placed on about every fifth seat. 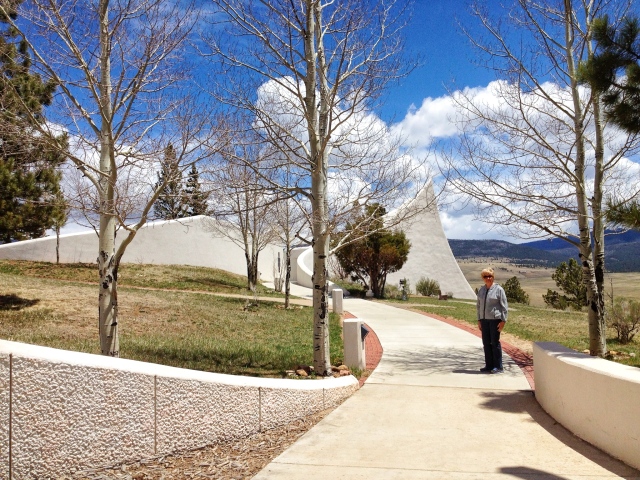 The grounds were immaculately landscaped with a backdrop of the beautiful Sangre Christo Mountains. 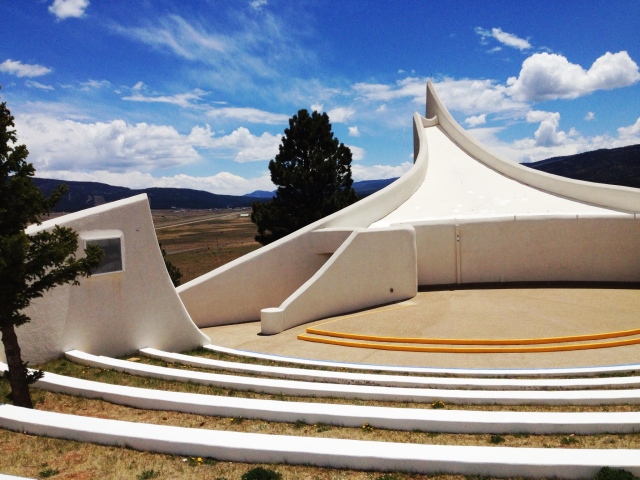 The amphitheater on site is used for memorial services. 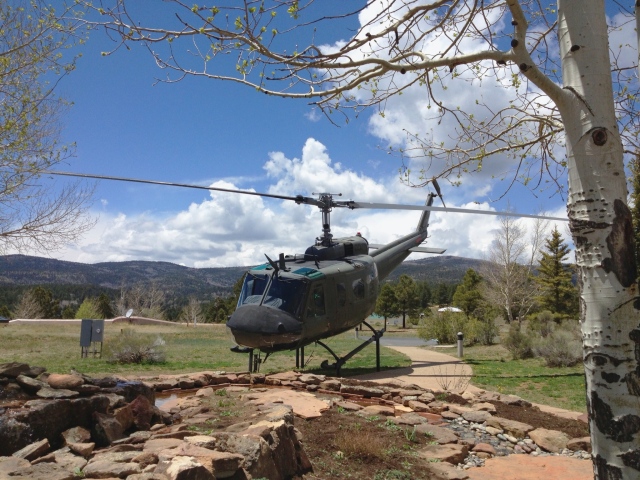 An iconic Huey helicopter is placed at the entrance to the memorial park.

We were told that next weekend’s annual Red River Memorial Day bike run will bring hundreds of Vietnam veteran bikers to this beautiful spot to honor their fallen comrades.

We drove on to find a lunch spot in Red River.

As we approached Brett’s Bistro to stop for lunch we were passed by two Corvette-looking vehicles covered in tarps with a zigzag tape pattern on any un-tarped features. 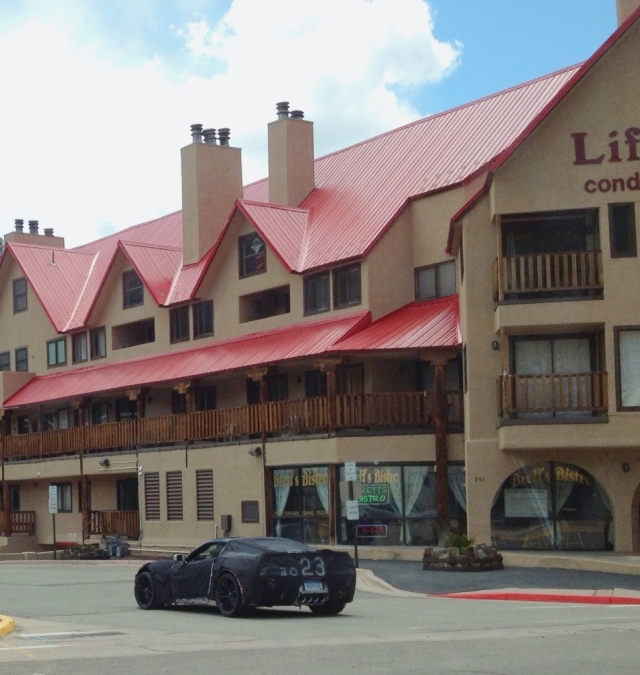 We later found several vehicles, parked and guarded, in the lot behind the Bistro. 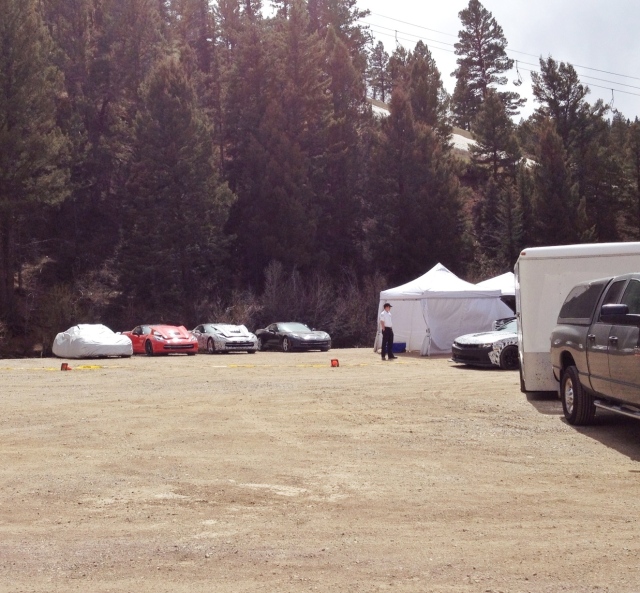 As they all had Michigan plates, I have to think that they are test versions of future models, disguised from prying eyes, and chasing over the largely deserted mountain roads.

After great meatloaf sandwiches, we left Red River to complete the Enchanted Circle drive and maybe find the “Earthship” site we read about. It is evidently a development of sustainable green structures in the desert outside of Taos.