Monday: Tour of the City

Monday we booked a tour of the city in which we were ferried about in a 20 seat Mercedes bus by the hotel to a few of the highlights.

First we went to Castle Hill, which largely dates from around 1896. At least most of the current buildings do. This is the “high ground” that was conquered, and usually demolished, by every band of badasses that passed through, from the Huns to the Soviets. 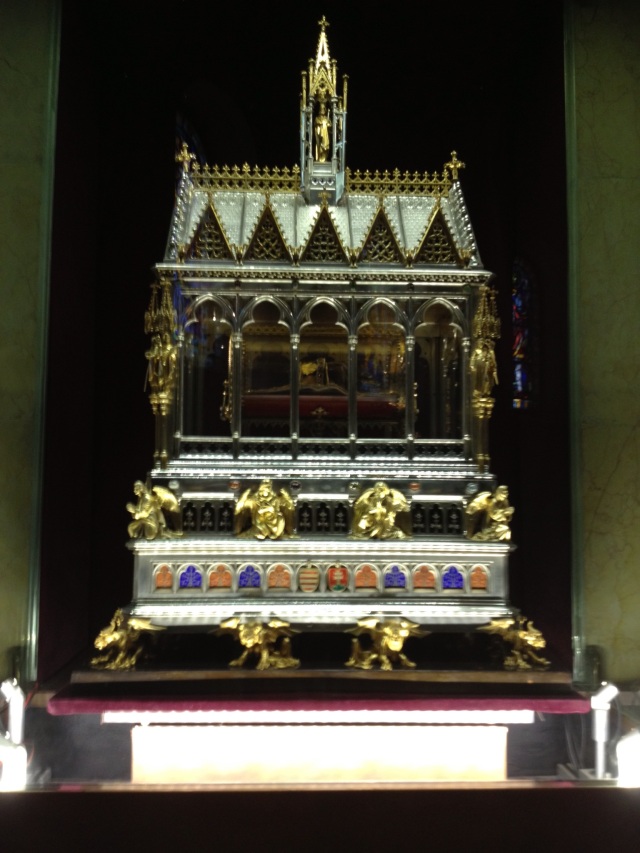 At St Stephen’s basilica, the reliquary of the Holy Right Hand. 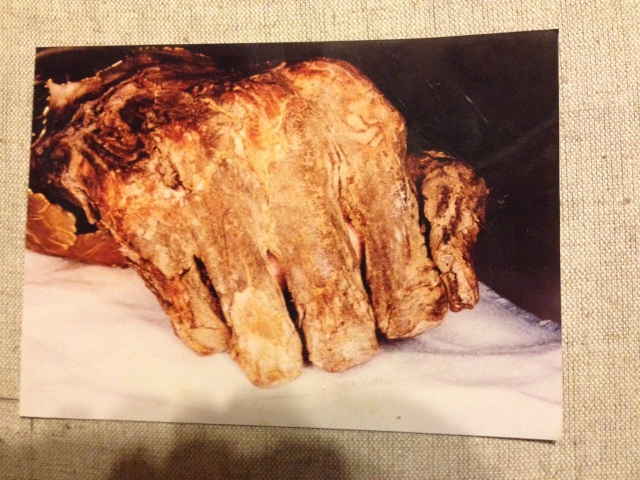 And a picture of, no kidding, The Holy Right Hand of St. Steven, taken when last it was displayed for adoration. Kind of rough looking, but it does date from 1038, so you have to cut him some slack.

Then on to the Citadel. 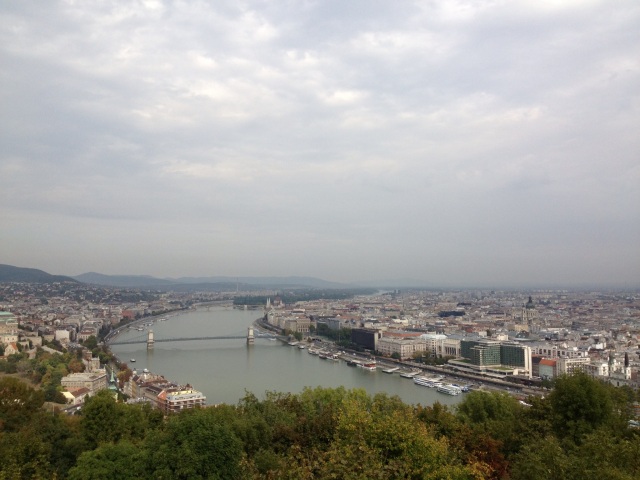 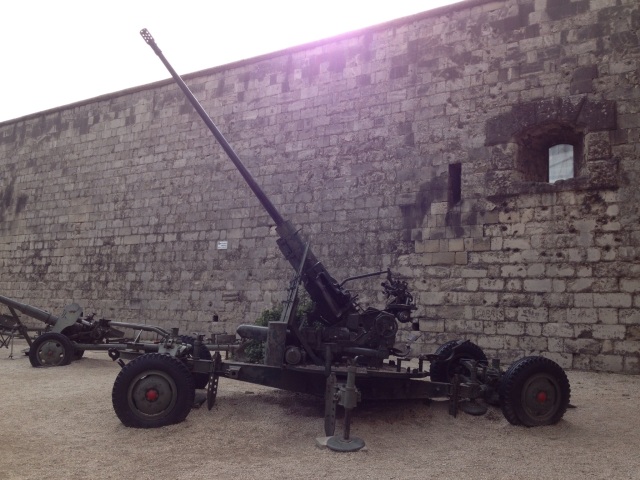 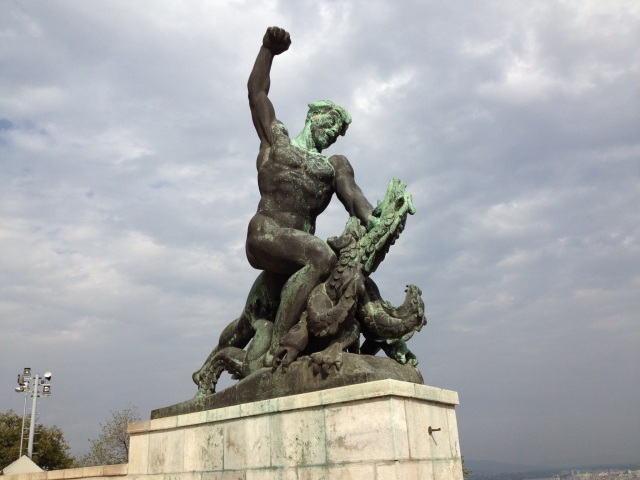 Hungarian dragon wrestling at the Soviet era Freedom statue memorializing the liberation of the city by the Hungarian’s brutal rapacious Soviet friends in 1944-45. 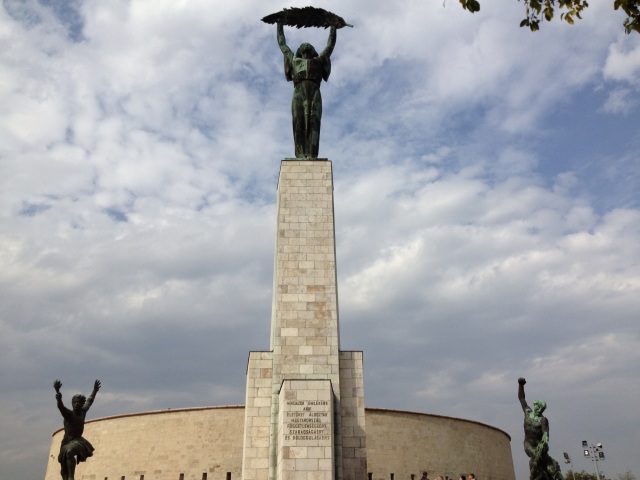 Freedom statue celebrating the “liberation” of Budapest by the Soviets. There was a statue of a heroic Russian soldier on the step above the inscription. Twenty minutes after the Iron Curtain fell, the soldier was removed and the inscription changed.

Then we were driven to Hero Square, which was built in 1896, during the Austro-Hungarian empire to commemorate 1,000 years of Hungarian nationhood. 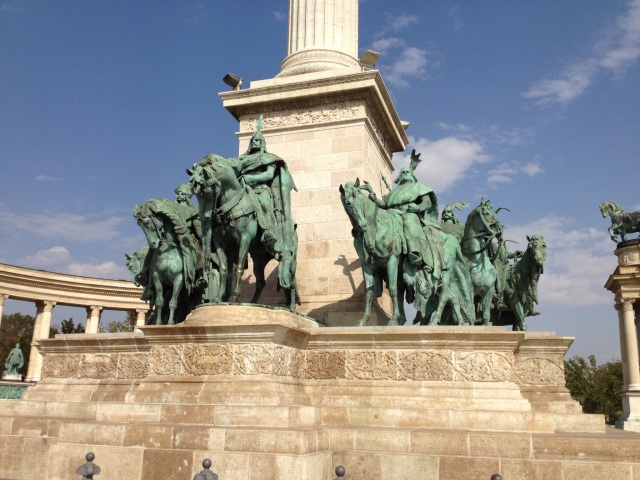 The original seven Magyar chiefs who founded Hungary in 895. The guide said they were actually “little men on tiny horses but this makes a better statue”. 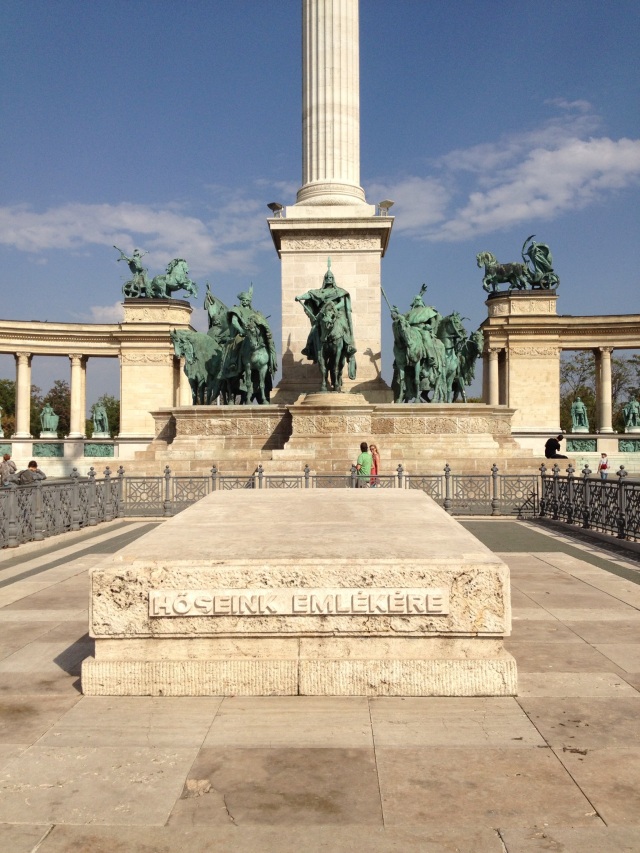 Tomb of the Unknown Soldier. Hungary has literally millions of them to commemorate. 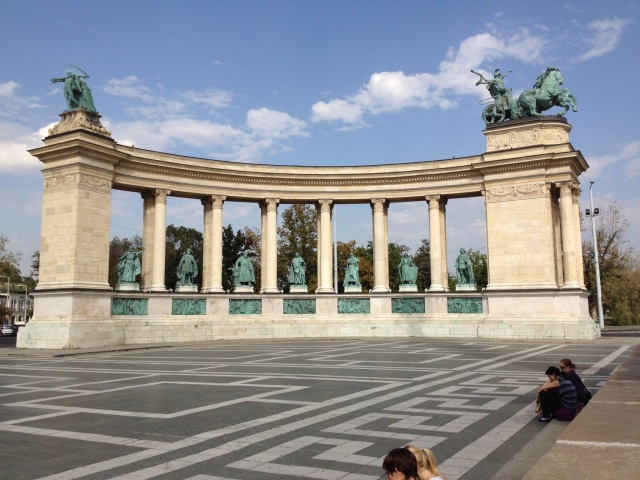 Tonight we have a “Typical Hungarian Evening” which I assume is a lot of eating, drinking (I want to try Palinka) while being entertained by weirdly clad singers and dancers.

From the tour I learned that just about every tribe of bad dudes in Eurasia took the time to overrun tiny little Hungary (10M people. About the size of Michigan) . All of the Hungarian-Magyar heroes (many of whom became RC saints) got their cred from running off the Tartars or the Turks or the Austrians or the Nazis or the Soviets.

Their faith carried them through, they believe, although you have to wonder why any benevolent god wouldn’t have just “revealed” to them in some fashion that they might consider moving. Again. After all, they are originally from central Asia.

This entry was posted in Travel and tagged Budapest. Bookmark the permalink.