Prince George to Ft. Nelson, BC

We left Prince George about 8:30am in clear sunshine (for a nice change). Joe will drive to around Chetwynd, about 250 miles. When I take over, my goal will be Ft. Nelson. Then Wednesday, we hope to sleep in Whitehorse in the Yukon. Thursday in Alaska?

Saw our third moose crossing before us about 30 miles north of Prince George. Came up pretty fast, so no pictures attempted.. Yeah, we are getting a bit jaded. A bear would get our attention, though. 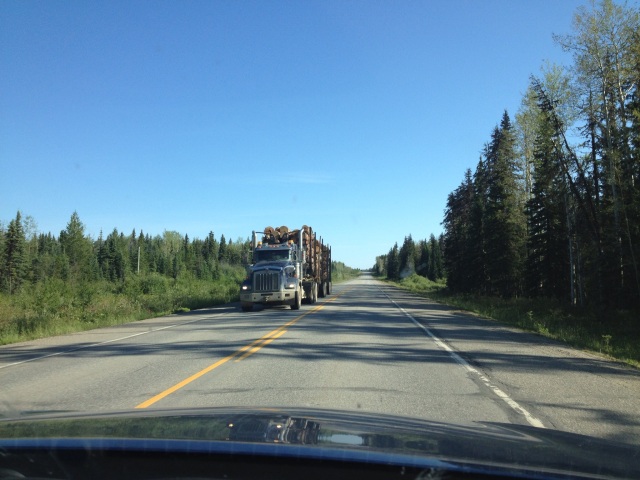 Lots of logging trucks on the road today. But still, not much traffic the last few days. Often we are the only ones for miles on ridiculously long straight roads. We last travelled in congestion when we were in Calgary on Sunday afternoon. Canada is pretty sparsely populated. (Ed: Duh!)

When you do have to pass something, Canada provides (so far) these strategically located passing lanes. Because all the semis in Canada have governors that limit their speed to 105 kph (~63 mph) you can pass ’em all.

Joe got us to Chetwynd where, on the advice of a gas station cashier lady, we had a terrific inexpensive lunch at the town Rec Center cafeteria. 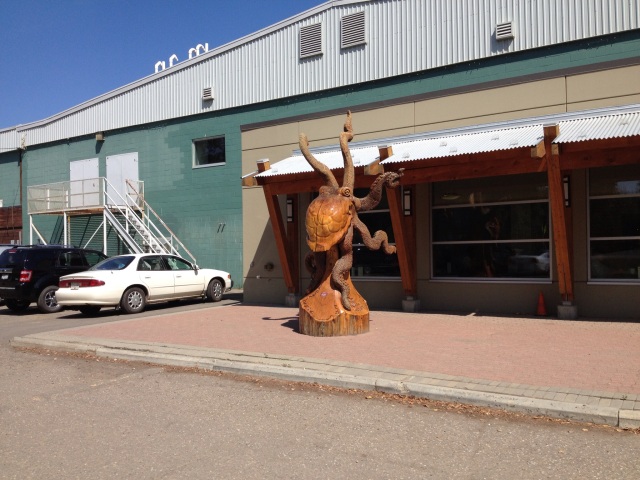 This looks like a nifty little town with lots of small, well kept houses on a Main Street lined with carved wooden statues. Being Canadian, everyone was friendly and the rec center receptionist talked with us about running the Boston Marathon back in 2011.

I took the wheel and we drove north on Rte 97, the old Al-Can Highway. As we left civilization behind, the few vehicles on the road sorted themselves out by speed and enthusiasm for the last 250 mile or so dash to Fort Nelson.

One of our first stops was at the Dinosaur Reservoir, backed up behind the Bennett hydroelectric dam which we were told provides some preposterously large percent of the power needs of northern BC that I don’t remember. Anyway, it was a beautiful spot and we stopped and looked around.

The Hudson Hope bridge over the Peace River from which you can almost see the dam. 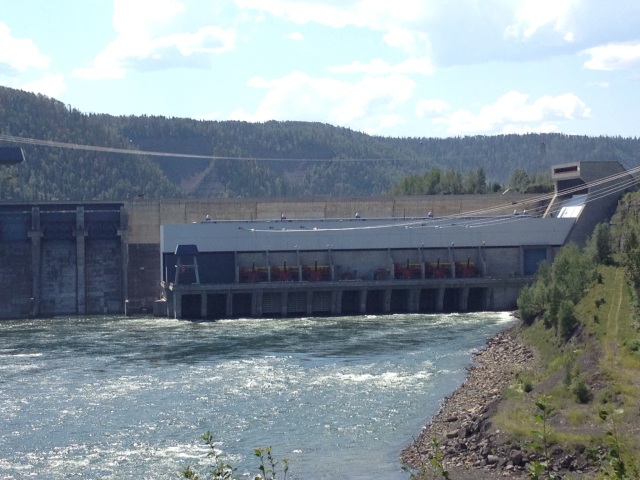 The dam. It was billed as the “largest earthen hydroelectric dam” in (forgotten geographic reference). Looks like concrete from here.

The boat ramp at the reservoir.

From the dam, the Rte. 97 winds north along the Peace River where we saw probably the most beautiful scenery of the entire trip. These pictures can’t do justice to what we saw all around us as we drove along, high above the river.

The view from the scenic overlook.

Farmland along the riverbank. 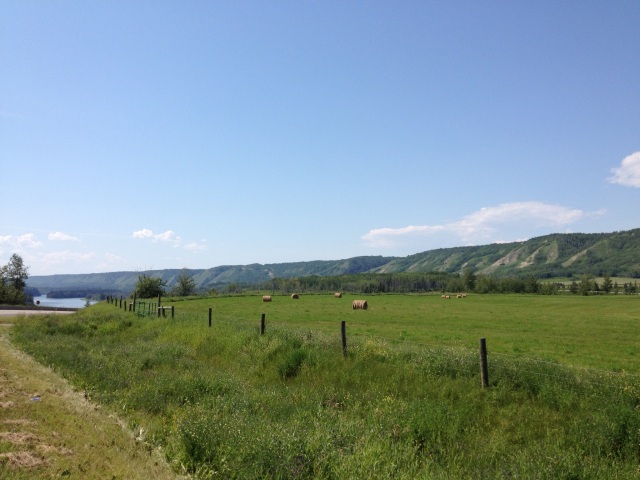 As we get farther north, the traffic gets sparser and more energy industry specific. Fracking, oil and gas have come to dominate the economy in recent years all across northwest Canada. Half the folks at the motels seem to be Americans from the Gulf region.

One thing, one good thing is that we have so far found reasonable accommodations and gas stations every step of the way. This was a worry point as I’m told that this was not the case 30 years back, when the trek to Alaska was so arduous and the roads so bad that you practically had to junk your car on arrival. No longer the case. The roads now are well paved, well kept and designed for 65 mph travel. 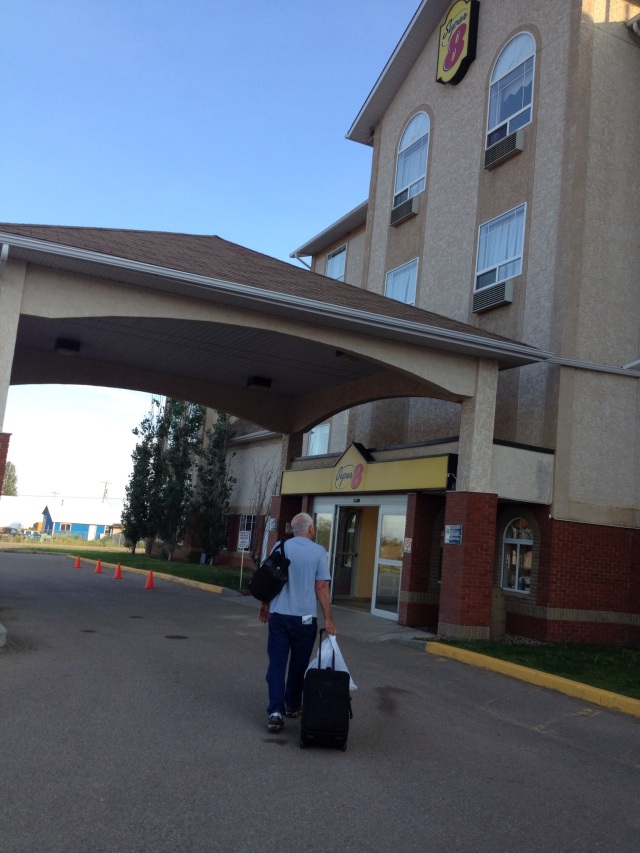 We checked in at the Fort Nelson Super 8 and headed over to Boston Pizza for a sandwich.