Parry Sound and Beyond

We pulled out of quaint little Midland Ontario about 7:30 am and headed northwest on the Trans-Canadian Highway, heading to Parry Sound. To us folks from Boston, Parry Sound is famous as the birthplace of the sainted Bobby Orr, who changed the way defense was played in the NHL during his career with the Bruins in the 70s. 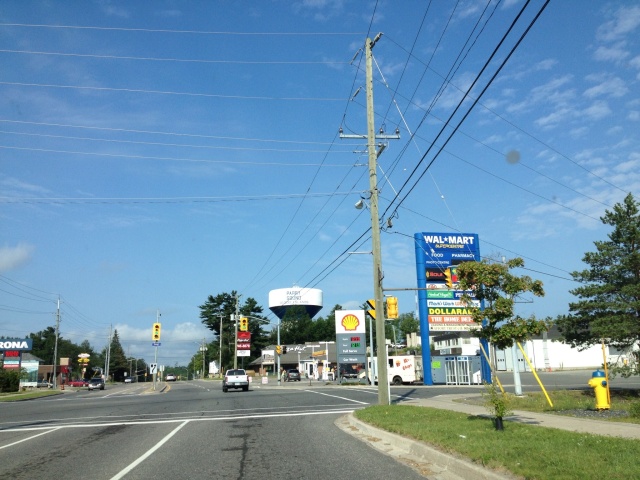 One thing we noticed was that stores and restaurants here don’t open early. The Bobby Orr Hall Of Fame was no exception, as the sign said they didn’t open until 10 am. As it was only about 9 am, we decided to take the two hour cruise on the Island Queen, a tour boat docked across the street.

The Island Queen tours Georgian Bay’s claimed “30,000 islands” from Parry Sound. The bay is an inlet of Lake Huron.

Tourists aboard the Island Queen.

We saw several islands like this with little cottages. What is it like here in the 10 months of winter? 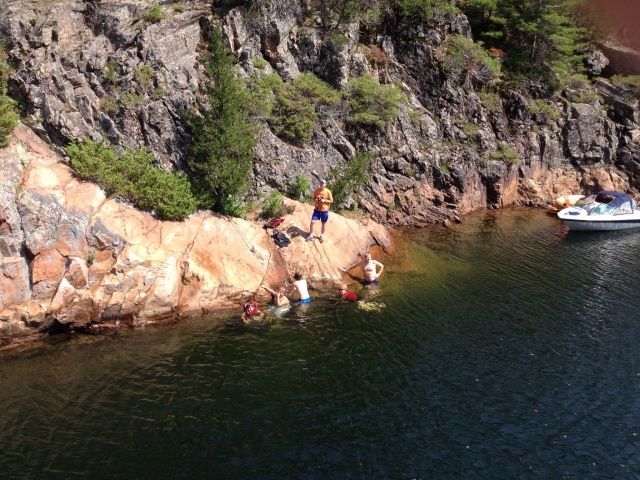 Possible Canadians cavorting on the rocks in the freezing water.

When the boat returned, Joe and I went over to the Bobby Orr HOF and it was well worth the $6 senior admission. Actually, most of it was things we had all seen and some displays with autographed jerseys and pucks. There was a cool movie of Orr’s greatest hits and lists of his biggest accomplishments.

One striking thing was the lack of any mention of the nefarious Alan Eagleson at all, even when discussing Bobby’s signing with Chicago at the end of his career. A clear description of this fraud would have offset somewhat the excessive number of pictures (about four) of Bobby in a Hawks sweater.

Also, the old film of Orr’s accomplishments sort of highlighted how much better hockey is now than it was then. Number 4 was head and shoulders above the rest, of course, but everyone seemed so slow and there was so much open ice that I suspect that today’s B’s would slaughter those heroic icons from the 1970s. I guess smoking a pack a day and never working out in the off season was the way to go back then but anyway, the movies were fun to watch. 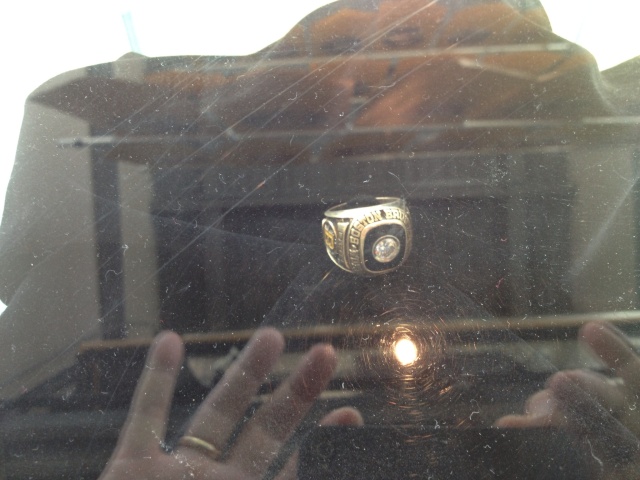 A treasured memory, but is the bulletproof glass case really necessary?

The HOF was a great take and it was cool that half the shops in Parry Sound seemed to be Orr’s this or Orr’s that. There were a couple of large wall murals of the Golden Child in iconic poses on brick walls in town. Well worth the stop.

We then continued north a couple hundred kms towards Sudbury where we pulled over to look at the map. About two traffic lights after that, a motorcycle pulled up and the rider asked me to roll down the window. He had seen us look at the map and wanted to know if we needed any direction. We briefly explained where we were going and he told us to cross two lanes on the green light and make a left and he would follow and we could talk. When I hesitated, he said “Don’t worry about the traffic, I’m an off duty cop!”

He counseled that we drive through Sault Ste-Marie, rather than the more northern route I had chosen. Evidently the roads deteriorate badly the farther north you drive. He then showed us how to find the correct road, wished us well and drove off.

Just another instance of these damn Canadians bludgeoning us with their niceness and invading our personal spaces to save us several hundred miles of futile driving on dirt roads. I could barely hold back from telling him what I really felt! But I did.

After about two more hours of driving, we decided to pull over in Blind River, at the Old Mill Inn.

I figure that tomorrow, if we can put in a good day driving, we will pass by Sault Ste-Marie and maybe, just maybe, make it out of Ontario and into Saskatchewan.

There is a butt-load of Ontario. One and a half times bigger than Texas!