Slept like a baby on Saturday night in our Murphy bed. Nodded off at 9pm and were up before 8am. Shower is adequate, water is tasty, toaster does a fine job on bagels, coffee mediocre at best.

Today will be “walk around to the galleries and the Lilac Festival” day. Sunscreen on sensitive top of head region and we’re off by 930am.

Immediately, we see that nothing will open until 10. So we walk about and look at the architecture. We are located a three minute walk from the big tourist area so we’re awash in galleries and museums. 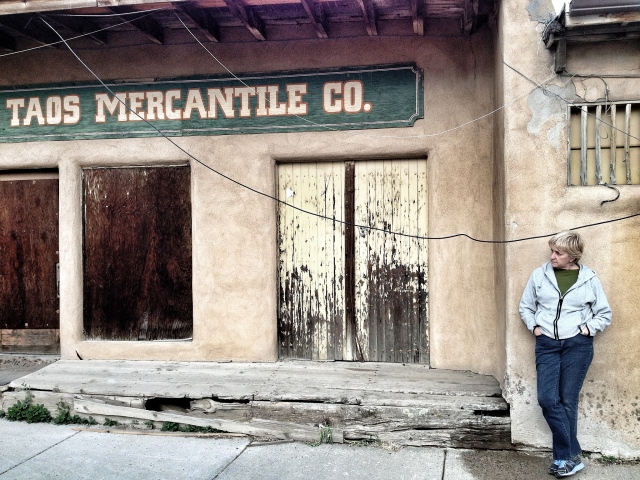 Waiting for the museum to open. 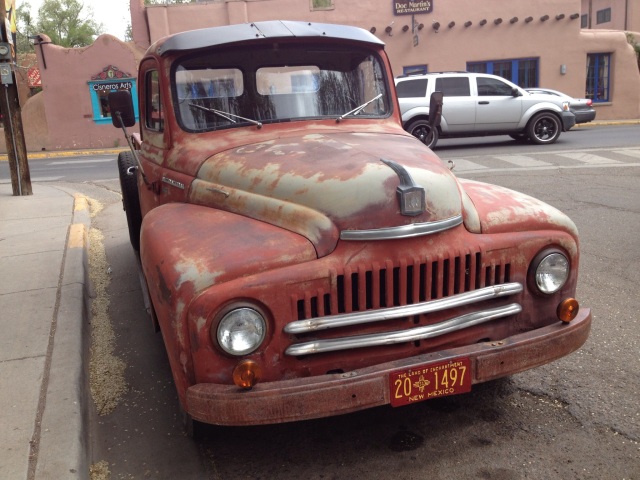 One of several “colorful” vehicles we saw driving around town. This International pickup is in excellent shape compared to some of what we saw. Evidently NM doesn’t share MA’s enthusiasm for rigid sticker inspections.

Finally the museums opened. We first went to the Nicholai Fenchin Museum next to the hotel. One of Betty’s art pals said it was not to be missed and she was right. Fenchin was “Russia’s Michaelangelo” we were told, who fled the 1917 revolution and landed, with wife and child, in Taos. He meticulously hand carved every door, shelf and beam in his adobe house and his painting studio. He designed it all as he went along (no drawings) and it was beautifully done. Maybe “Michaelangelo” is a bit of a stretch, but the man was an amazing talent. He accomplished so much in only six years here that it was no shock that his wife felt neglected and divorced him. He left for Los Angeles in 1933 and now his house is this museum. 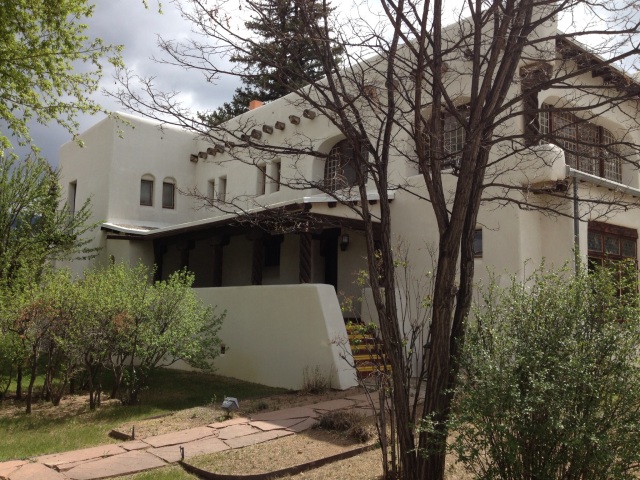 The man was an artist.

He didn’t paint either of these, though, they were brought in later by a subsequent owner.
But I like them.

And an early fridge.

View of mountains from his studio window.

The museum was well worth the $8 fee. We then walked from gallery to gallery until we found the Governor Bent museum. He was massacred by the local Mexicans and Indians just after we “acquired” New Mexico and his tiny home is a tacky little museum. $3 each, so why not. 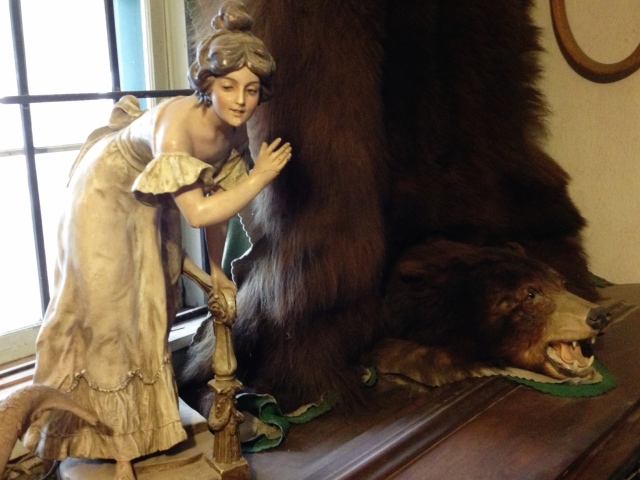 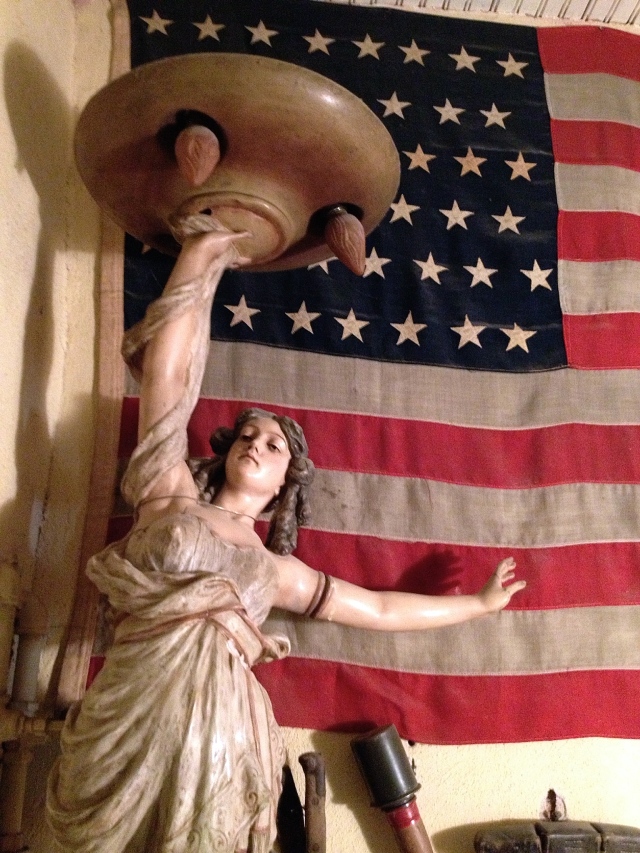 Ditto. But he was scalped for being an American, so the flag is apt.

Then we went to the Rio Grande Bridge outside of town. It is said to be 70 stories above the river and its beauty has been honored by engineering societies world wide.

The Rio Grande River. I think that’s redundant in Spanish. The urge to drop rocks to count off the drop time was almost overwhelming, but there were signs everywhere saying not to.

This entry was posted in Travel and tagged Betty, Road Trip, Taos, travel. Bookmark the permalink.