Joe and I have been talking for a while about driving up to the Kancamagus Highway in New Hampshire and seeing if we could locate a few of the places we camped in the past, both with our friends in the early 70s and with our kids in the early 90s.

The Snowcat chairlift at Wildcat Mountain. We could see the top of Mt Washington "across the street" from the Wildcat parking lot.

Back in the early 90’s, me, Joe and a few other guys would bring our preteen sons (and then our preteen daughters [Hello Jessie and Amanda]) up to Joe’s little half acre at Great East Lake in Sanbornville, NH to camp out for the weekend. A beautiful spot to let ’em run wild while the adults relaxed by the fire. 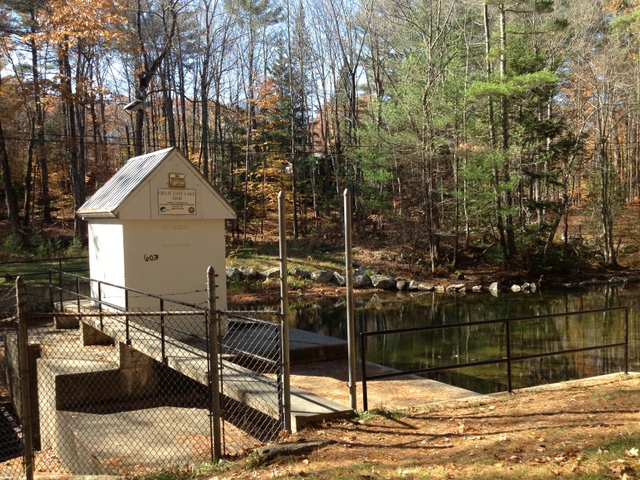 This is the Great East Lake dam. We used to ride over here with all the kids, sometimes at midnight, and we would climb up and jump from the flat roof into the channel to the right. The authorities, naturally, have since put a pitched roof on the building to discourage this kind of silly, adult supervised fun 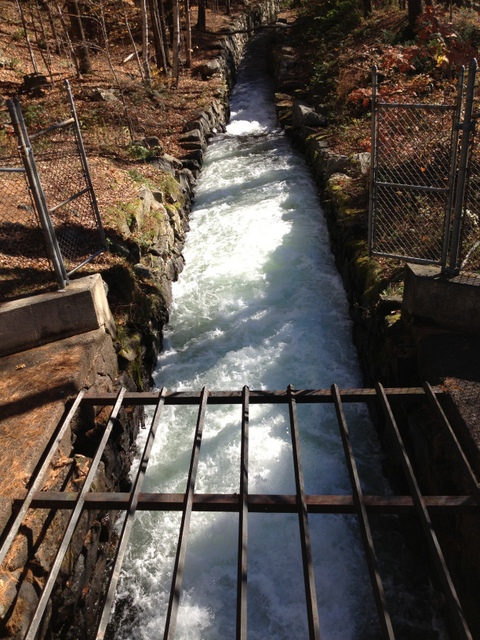 The local kids would jump off in the other direction, into the spillway, and we were told [by them] that there had been a few fatalities. So we can see why a cemented grate was put over where they jumped. Even our kids thought the locals were nuts to jump into that maelstrom. 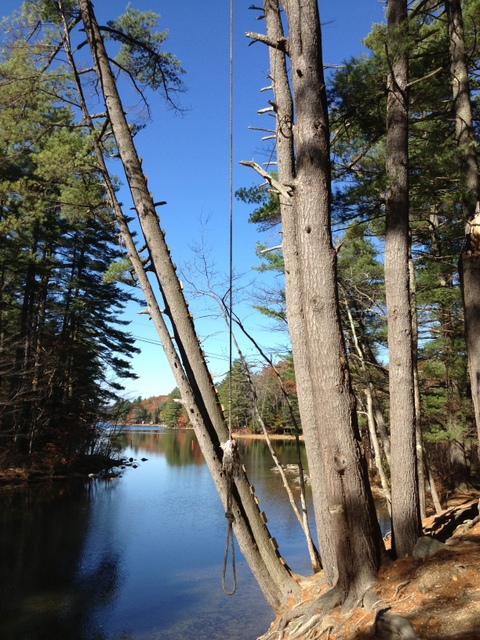 During daylight swims, we let the kids swing from the [marginally] safer rope swing into the channel. Still a bit dangerous, as you had to swing out to get beyond the shallows and drop into the channel, but everyone wanted to do it. 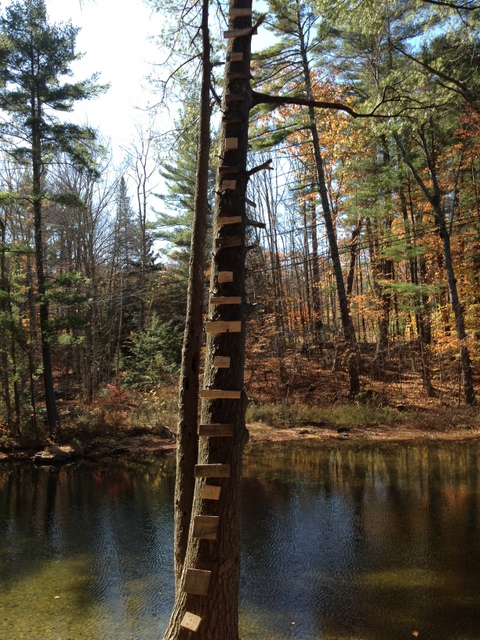 This is new. A ladder only teenagers would climb that leads to a rope swing dropping you about 20 feet into the water. Crazy local kids. 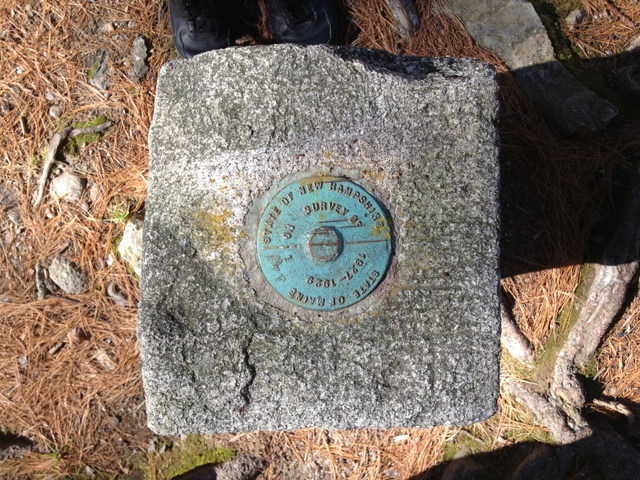 Great East Lake straddles the ME/NH line and the marker is about 50 ft from the dam. A beautiful spot.

And, except for a wind surfer using the boat ramp, we were the only people for miles, it seemed.

The following morning, after sharing a $60 motel room, we headed west across the Kancamagus Highway, one of my favorite places on earth. Again, we were practically alone on the road the entire way. We just happened to choose the slowest time of year in this tourist haven, late October, just after the Leaf Peepers left and before the Skiers and Snow Mobiles arrived. 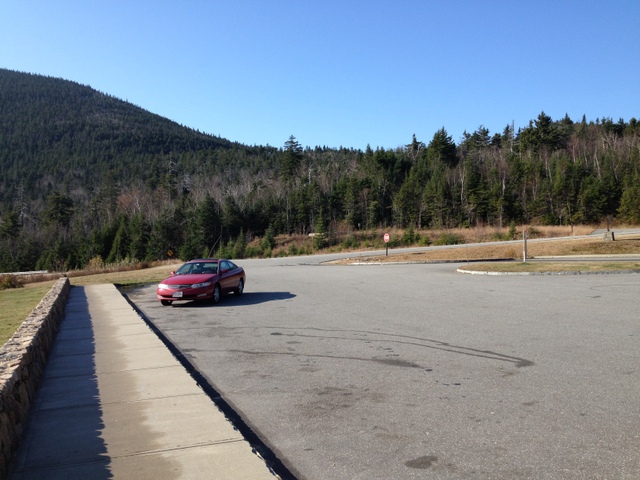 As noted, all the attractions were deserted, for the most part. It was the least traffic I have ever seen in the White Mountains. 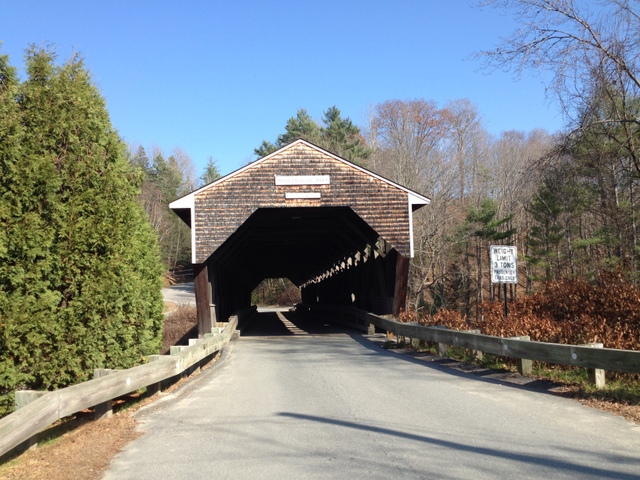 Going back two more decades, in the 70s when we used to gang-camp along Rte 112, we’d often drive in a bunch over to Swiftwater, near the VT border, where a covered bridge led to a great swimming hole. 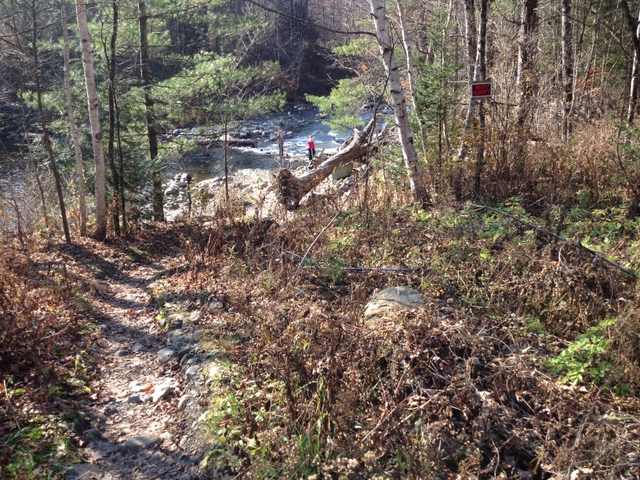 The Big Eddy, under the Swiftwater covered bridge, where you could stand on the ledge and lay back into a tremendous, frigid waterfall that would scour you squeaky clean in seconds. Much fun. Empty today, the pools and falls were filled with local folks and campers, back in the day. The spring runoff would make everything wider, deeper and colder.

Generally posted throughout the mountains, these posters are meant to remind hikers that rescues by the State of NH resulting from hiker stupidity will be charged to the stupid hiker. Only fair. We read all the time about nitwits in shorts and sneakers calling for help on their cellphones from dark, cold mountain tops. Know your limitations. People still die up here, every year.